Chris is one of those cats that continued to play like a kitten well into adulthood. Lately, however, the kitten in him did not come out very often. That changed the other day when Rose found a mouse under the refrigerator. It was a small mouse that I had never seen before. It must have found its way under the fridge shortly after coming out of the package.

I don’t know what is different about this mouse than all his other mice but he plays with it like he is a kitten again, and after several days, he has not become bored with it. I still see him chasing that thing around several times a day. It’s nice to know my lovable “bad cat” has not fully grown up yet. 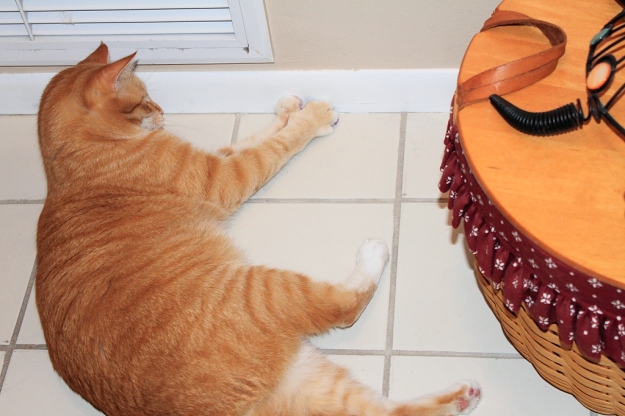 11 thoughts on “Chris’s Kitten is Back”