I recently got an email from Art of Paws asking if I would give an honest review of their Heated Pet Mat in exchange for the product. I was reluctant at first because our weather was warm but I figured it was the first half of February so there were probably a few cold days ahead. I was wrong. I received the product a few days ago and opened it yesterday after checking the 10-day forecast. It showed mostly highs in the 80s and lows in the 60s.

Since I had no option to wait for a cold day I opened it yesterday afternoon and plugged it into the outlet inside the sofa armrest and waited. I might have encouraged the boys a bit by calling them and holding it up. Floki was the first to check it out. 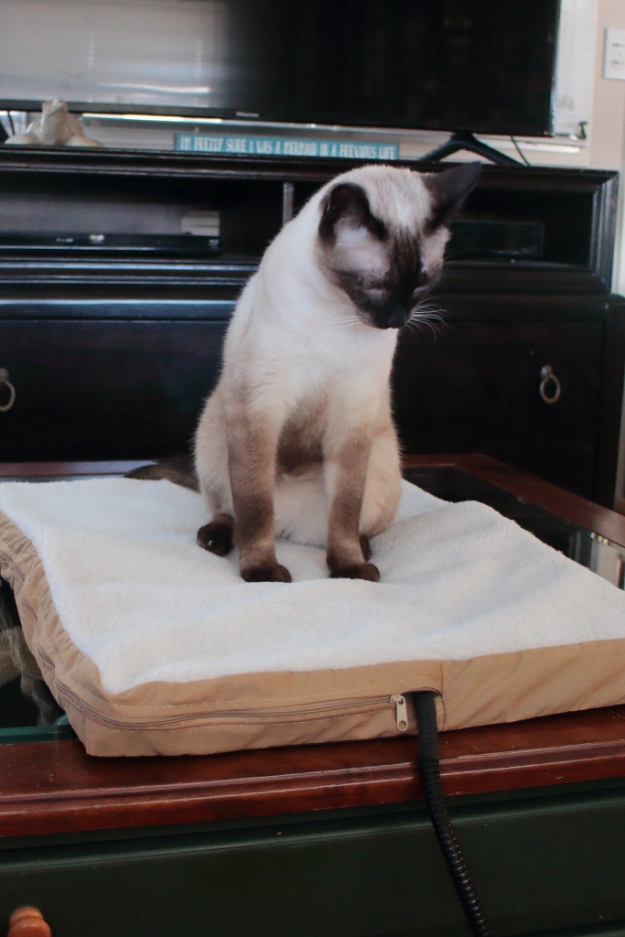 Then he was distracted by Chris and Frankie who discovered the box it came in.

I put it on the floor and soon after they all realized they couldn’t fit in the box, Chris discovered the mat. 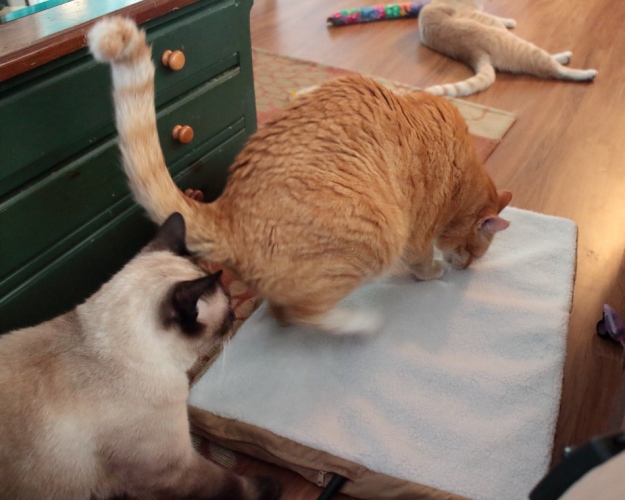 He liked it immediately and soon plopped himself down on top of it.

I became involved in other things and stopped paying attention but when I looked again, Chris was gone and Floki was lying on it.

Later, my wife sat down because we were about to watch a tv show together. She noticed the plug had become a bit hot so she unplugged it. Since the outlet is located inside of the sofa armrest where no air is allowed to circulate, I made a mental note not to plug it in there again. 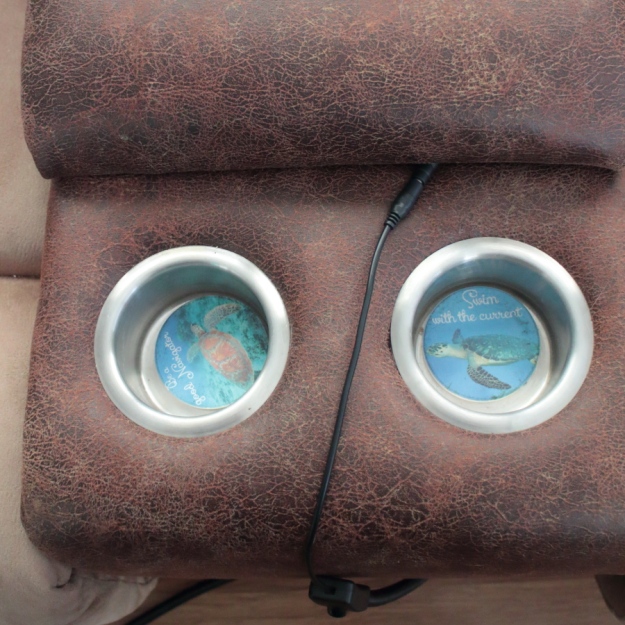 When I was ready to sit down, Chris was back on the mat again. This time it wasn’t plugged in but he didn’t care. He remained on that mat until we got up to go to bed.

I plugged the mat in again this morning and felt the plug after some time. It was warm, but not hot so I don’t think that is an issue.

I also tried to interest Frankie in the mat this morning but he was a bit wound up at the time and couldn’t be bothered with it.

I was impressed with the quality. It seems to be put together quite nicely and the zipper opens very smoothly so the cover can be removed for washing. 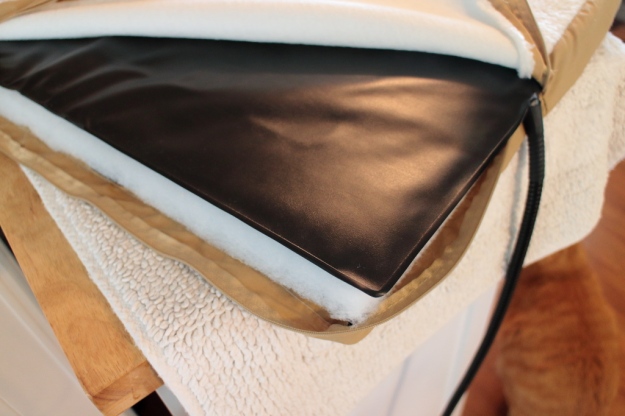 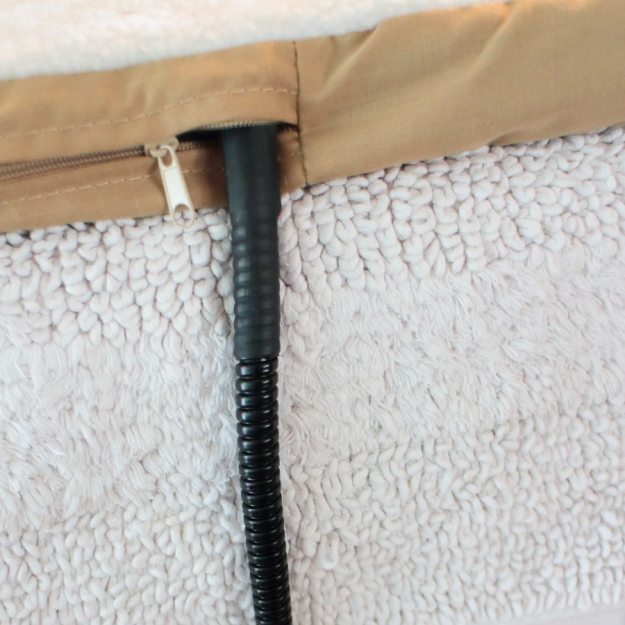 It also has a long, six and a half foot cord, of which more than four and a half feet are covered in a bite-proof wrapping.

It has a fairly thick pad and it measures 23 inches by 17 inches, which I think is large enough for a medium size dog or two cats if they like to snuggle. It also uses only 10 watts of electricity and has a three-year guarantee.

It is not as warm as I expected. I don’t have a thermometer but I would guess it is somewhere between room temperature and a heating pad on low. Perhaps 90 degrees Fahrenheit. At first, I thought that was bad but then realized that a heating pad is for temporary use and shouldn’t be used for more than 20 minutes. At this lower temperature, I would guess that it could be used much longer or indefinitely. I picture a bunch of scientists in lab coats over at Art of Paws trying to figure out the perfect temperature. For more information about this product, you can visit https://artofpaws.com/products/heated-pet-mat

One last note. As I was writing this post I plugged the mat in and left it on the floor. After I uploaded the photos I got up to get a drink of water and saw this:

I think when the hot weather is here to stay I will remove the heating element and let them use it as a regular mat until next winter. I think it is nice that I have that option. What do you think?