If you missed part one of Frankie’s pictorial history, you can see it here.

Today, let’s start just after his first year with us in February, 2015. By this time, Frankie has established himself as a competitor to Chris’s top-dog status. Er… I mean top-cat.

By this time Frankie is used to the harness, although getting it on him is still not easy. 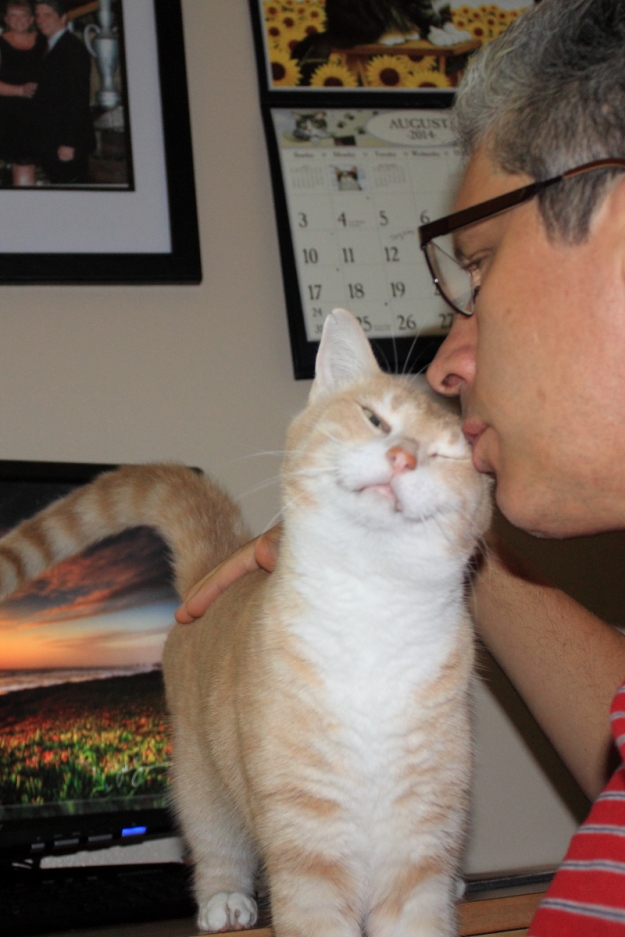 He was supposed to be Rose’s cat but he had other plans. 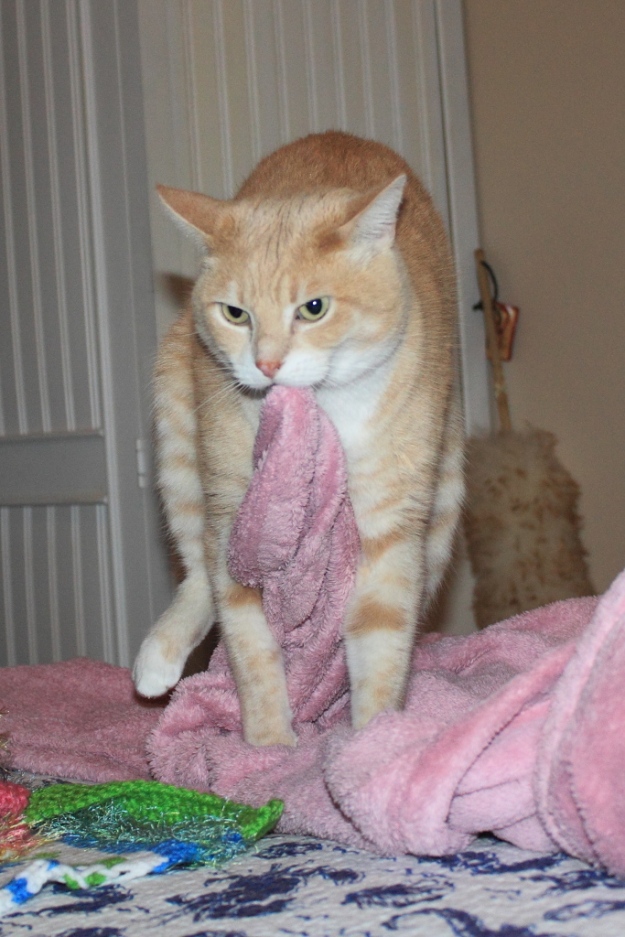 Even after a year, he still loved his security blanket. 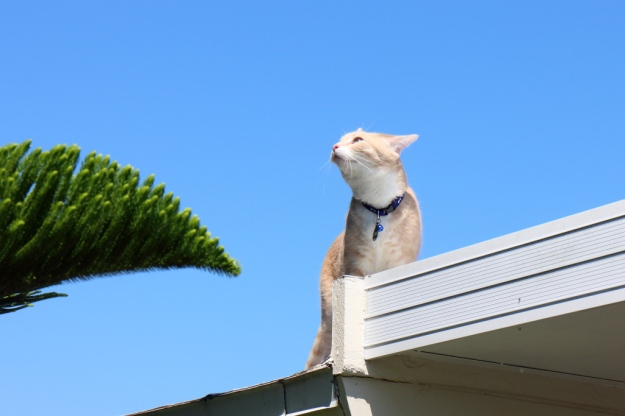 Frankie proved too adventurous to be outside without restraints. 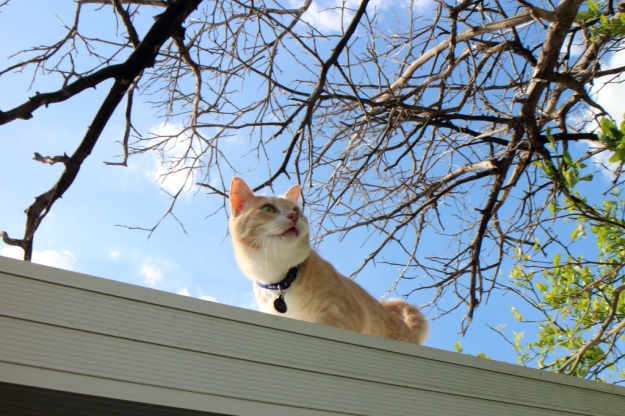 Escaping to the roof was not an isolated event. 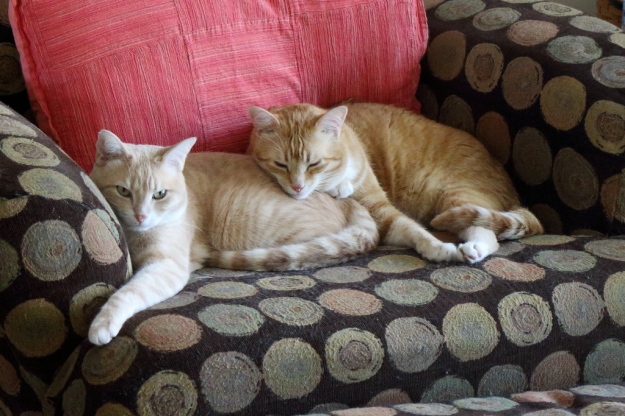 Frankie’s relationship with Chris continues to improve, but they are not without fights. 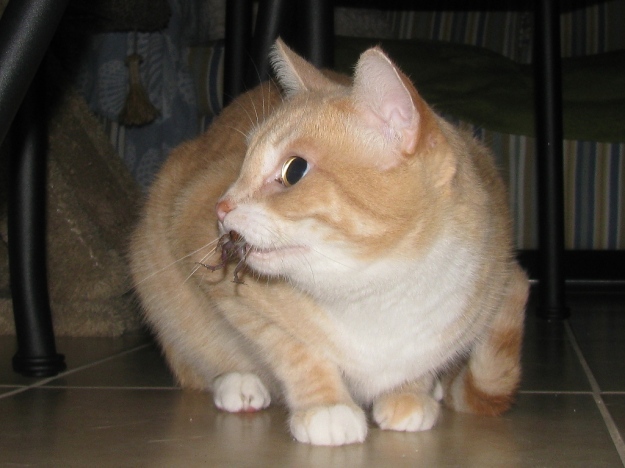 Frankie proves he can catch lizards too. 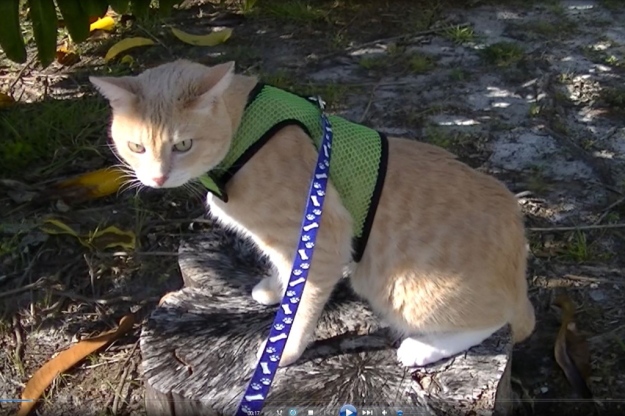 Frankie is now a regular leash walker and his current harness is much easier to put on. It is also easier to escape from. 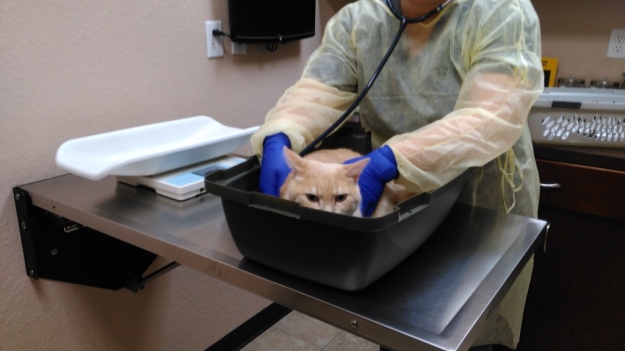 Just before Frankie’s second gotcha day, he visits the vet and he is not happy about it. He doesn’t want to leave his carrier.

This is the end of part two. What do you think of Frankie? Check back again soon for part three.