Chris has not been feeling well lately and spends a lot of time sleeping, which is typical cat behavior but not typical Chris behavior. The last couple of weeks, while our other three cats are gathered in the kitchen waiting to be fed, Chris is laying down somewhere in the house and I have to bring him his dinner, which he does not get up to eat. 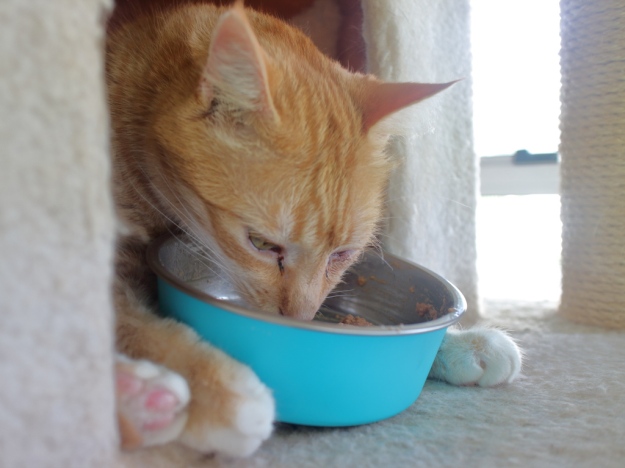 We have been debating on whether or not to take Chris to the vet. His eye is still bad but slightly better and he does eat and he does come out for attention sometimes, but not as often as before. I worry that if I do bring him to the vet they will just give him antibiotics and steroids (which he has never had and I would like to keep those out of his system) and I will be out several hundred dollars. On the other hand, I would possibly find out if it is something different than what Frankie, Puck and Floki had.