I just wanted to catch you up on some of the stories I wrote about recently.

The feral cat I have been feeding at work is doing okay (see Feral Cats at Work and Feral Cat Update). I worried because he didn’t show up on Tuesday and the food went uneaten all day. I had Wednesday off and Thursday the cat was back like nothing happened. This time he left a fair amount of food behind. That tells me there is a good chance that he is either a good hunter or someone is feeding him elsewhere too. Of course, he may have also been scared off before he finished but I doubt it. In that situation, he would have backed off and waited for the person to leave but there were no people in sight when I came outside, nor was the cat anywhere in sight. 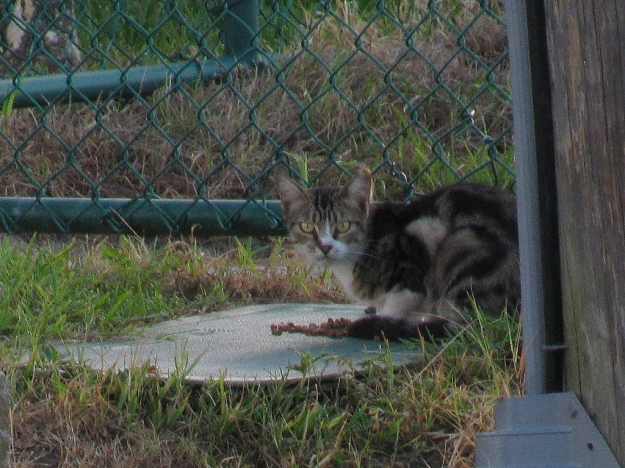 Chris has pooped on our new sofa twice more since I first mentioned it (See A New Level of Badness). I stopped using the Dr. Elsey’s Litter Attractant a couple of years ago when Chris’s pooping problem stopped but I bought some again in hopes that he would leave the sofa alone. I bought it at Petco for $20 and then noticed it was on Amazon for $7.63. It has worked for me in the past but this time It made no difference.

Chris is very finicky about his litter boxes and when we brought the sofa in we changed things around a little. Perhaps the space between the sofa and litter boxes was too small. It was plenty big enough for a cat to get through but who knows what goes through his mind. 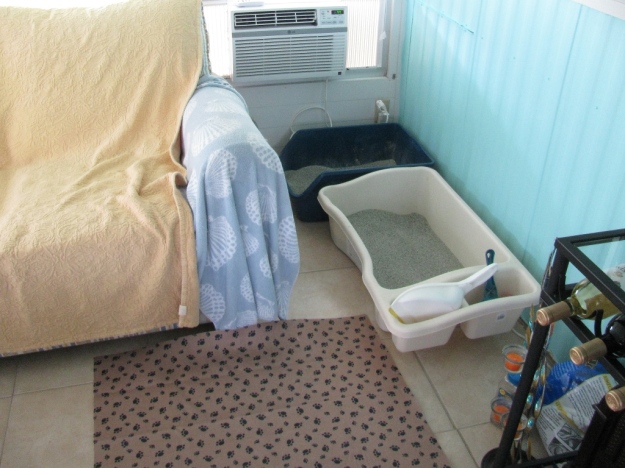 I decided to pull out the boxes a bit so that they were more easily accessible. It is better now but one box is still too close to the couch. So far, so good but we will see what happens. 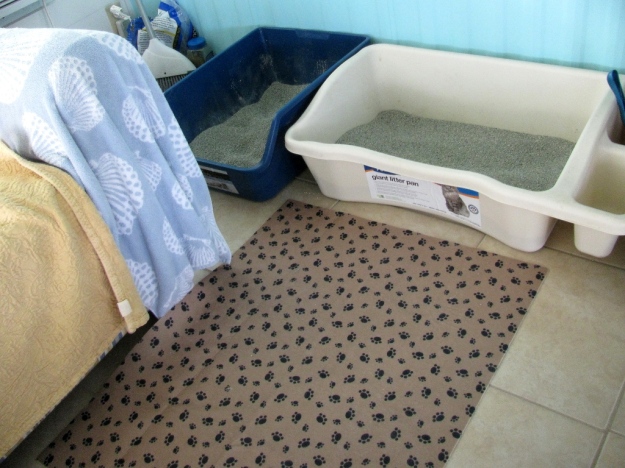 The kitten we helped rescue ( see Newborn Kitten Rescue and Kitten Update) had been doing well until recently. Rose wanted to name the cat Luis, after her maintenance supervisor who started the rescue process, but the cat turned out to be female so now she is named Lulu. Felice has worked hard to keep Lulu healthy but she has recently developed diarrhea, which can be very bad in young kittens. Bottle feeding a kitten is not a good replacement for mother’s milk and we can only hope she will get better. I have every confidence in Felice’s ability so I am not too concerned. Unfortunately, I have no new pictures of the kitten to share but here is one from July 4th in case you missed it.