Here is a post for Throwback Thursday from January 2016 about cat grass. I have learned that cat grass is a wonderful thing to have for cats but it is fleeting. It lasts only a short time before it dies and then you have to start over.

For Christmas, the cats’ Aunt Felice got them a Chia Cat Grass Planter. A great present because they all like grass and Chris loves it. Whenever Chris gets outside, the first thing he does is eat some grass.

It comes with everything you need: a bowl with a cat on it, potting soil, seeds and instructions.

I followed the instructions and put most of the “growing mix” in the bowl, leaving two tablespoons out for later.

I then added the grass seeds.

Next I covered the seeds with the remaining dirt. By then I had the attention of all the cats. 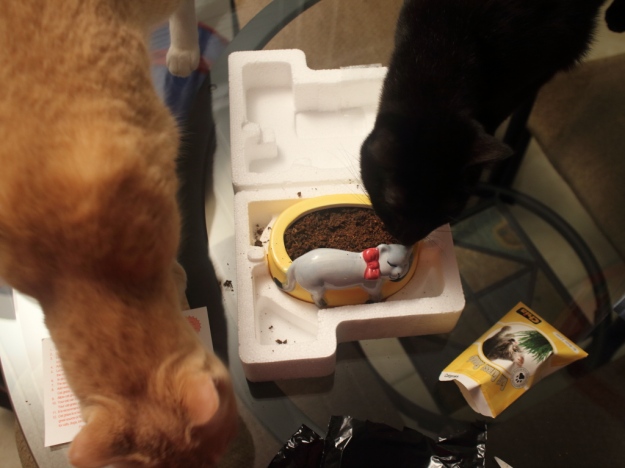 The instructions said to cover it loosely with plastic wrap so I did that and put it on the counter for a few days. I then put a little water in it and placed it outside where it could get some sun without someone eating it. 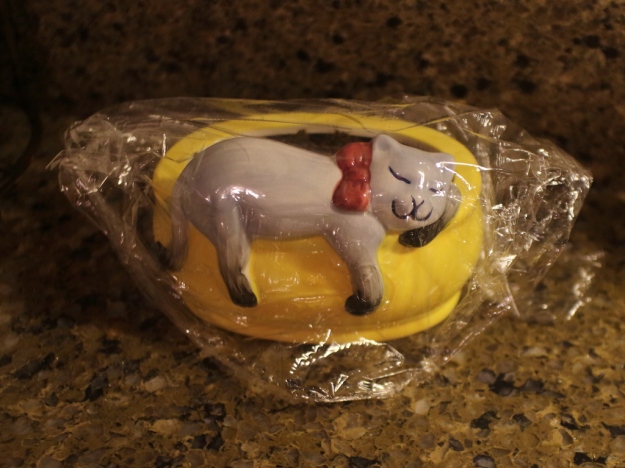