Sunday I decided to take Frankie for a walk.  He loves to be outside but since he is an adventurer, I have to bring him out on a leash and harness. That means he doesn’t go out much because I am either too busy, too tired, it’s too hot outside, or I am just plain lazy. These are the same reasons I don’t have a dog.

Frankie likes to travel in a straight line down the sidewalk, like he knows what it is for, pausing occasionally to smell stuff and then moving on. 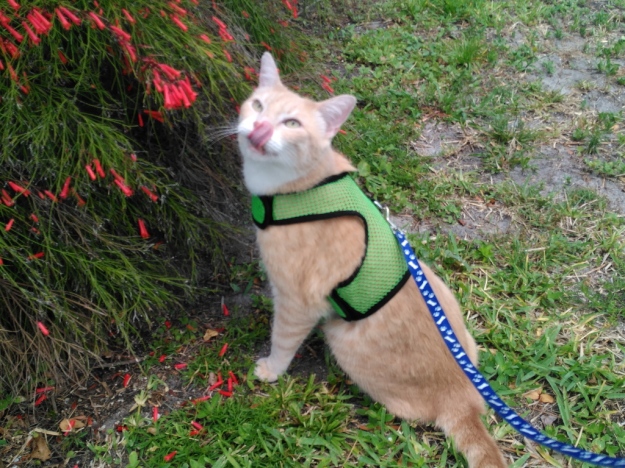 I let him lead and keep hoping he will eventually start travelling back toward home but he rarely does. I usually have to pick him up and carry him home. I tried to pick him up on this day but he would have none of it and changed direction on his own and headed home.

When we got home he walked up to the front door, instead of the usual side door, and I opened it a bit for him to go inside but he changed his mind. I changed it back for him and picked him up and put him inside.

Chris was at the door wondering why Frankie got to go outside without him so I let Chris out. Chris usually goes out the side door and eats grass next to the driveway so this was a bit of a treat for him. 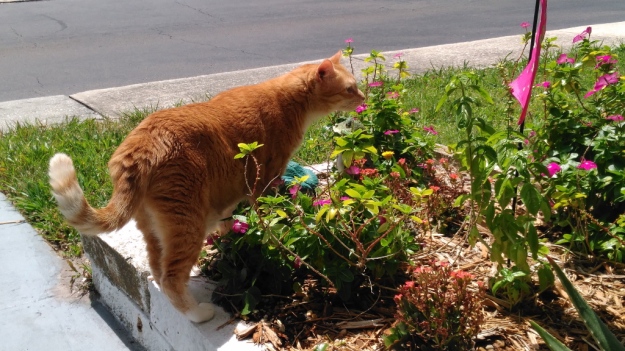 He started by looking for lizards but found none so he ate a little grass for a while. 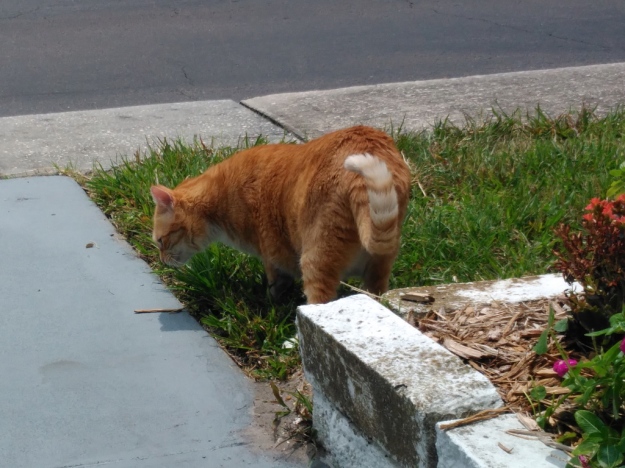 Before I knew what was going on, Chris was at the door with a lizard in his mouth. Even with his added girth, he is still the King of the Lizard Catchers.

I tried unsuccessfully to get him to give up his lizard but he is stubborn. Finally I was able to get him to drop it and the lizard ran away, but Chris was off in hot pursuit. He caught him, lost him and followed him into the brush to catch him again. Check out the video of the incident below.

Just so you know, the lizard survived the ordeal.

14 thoughts on “King of the Lizard Catchers”

Leave a Reply to Bella and Esme Cancel reply