When Frankie arrived at our home, alone and scared, Chris decided that he was the enemy and set out on a campaign of torment. We were very distressed about that because he did not do that with Puck and we were not expecting that kind of behavior from Chris. Nevertheless, whenever Chris got the chance, he would attack and, of course, Frankie would defend himself.

Eventually Chris warmed up to Frankie and gradually would not only instigate fewer fights but seemed to want to become friends with him. Unfortunately the damage has been done. The fighting continues but now it is Frankie that does most of the instigating while Chris seems to play a submissive role. Don’t get me wrong, Chris still thinks he’s the boss, but many fights with Frankie occur with Chris lying down while Frankie circles for a good spot to attack. 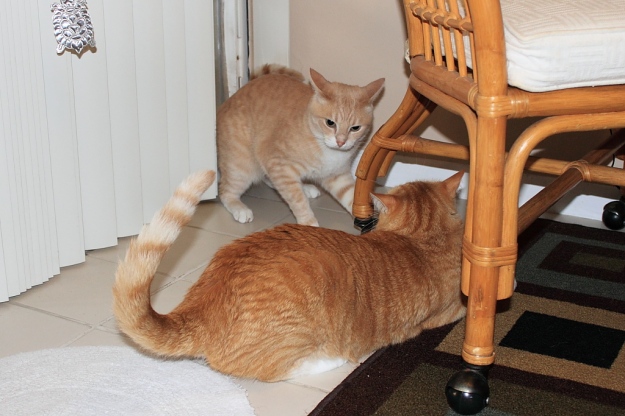 17 thoughts on “The Tables Have Turned”