After we moved I noticed Chris, on a few occasions, unsuccessfully try to open cabinets in the new home. These were different from he was used to. The cabinets in the kitchen had no knobs and seemed to offer less of a gap for Chris to get his claws into. The ones in the bathroom were held in place by magnets. It appeared that Chris was not going to be opening cabinets in this house. 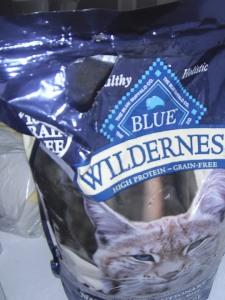 That is a good thing because just before we moved out of our old home I bought a new bag of cat food and put it under the sink next to the container that I keep the food in. I did not put it inside the container because the old food was not finished yet. When I got home the next day the cabinet door was open and there were several holes chewed into the bag.

I was certain that was not going to happen again. I even felt sorry for him while I washed the dishes and watched him try to get into the cabinet besides me. That feeling ended a few seconds later when the door popped open and Chris went inside. 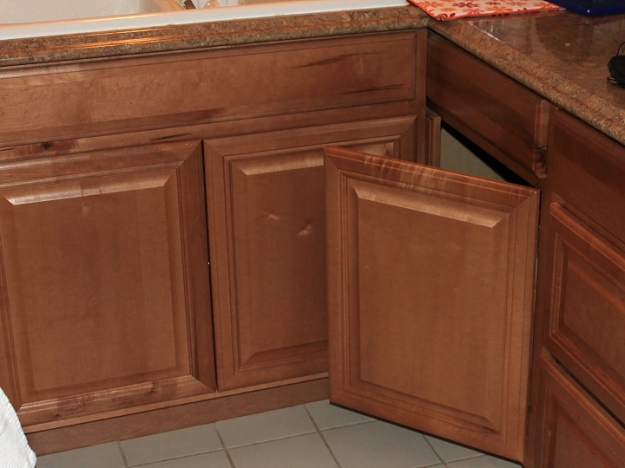 The cabinet door that The The door Chris managed to open. 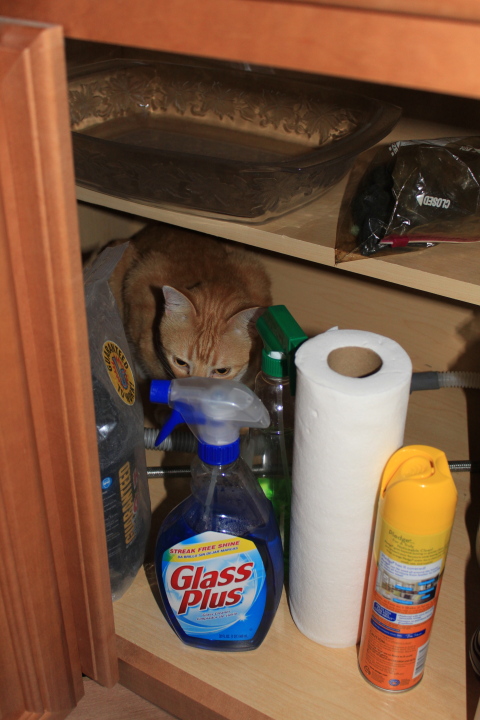 What could be so interesting under the sink?

Well, I thought, at least the bathroom sink was secure. Those doors were held in by magnets. Suddenly a quote from the movie Jaws entered my mind: “He can’t go under, not with three barrels on him!”

Later that day I was in the bathroom brushing my teeth and Chris came in and tried to open the cabinet under the sink. Do you see a pattern here? He likes to be bad in front of people. Cats sure are funny.

I stood there thinking about Jaws again. “Your not going to open these cabinets, not with magnets on them!” That was when the door popped open and in he went…again. 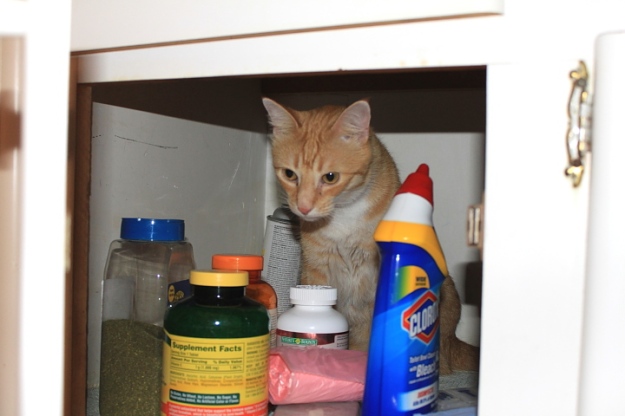 There is one more cabinet that may be tough for Chris to beat. Our china cabinet has three drawers in the middle and a sliding door on each end. Chris had figured out long ago how to open those doors but recently Rose had the great idea of opening one of the drawers slightly to keep the doors from sliding. I watched Chris work on one of the doors for a good five minutes this afternoon to no avail. He must have wondered why it was not opening all of a sudden. He came very close to pushing the drawer shut a few times and I found myself actually rooting for him to figure it out but he stopped trying before he did. I’m sure he will get it one of these days. 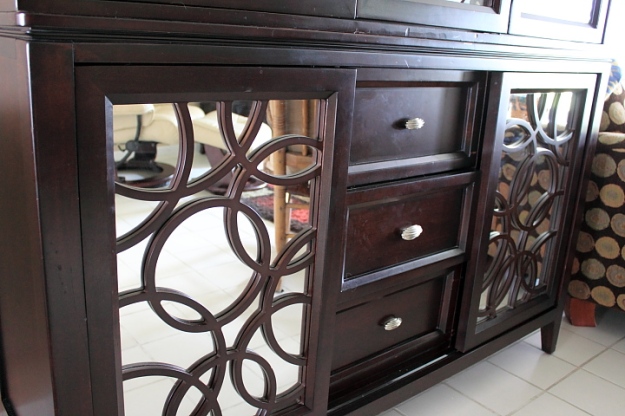