I am very saddened to say that Tigger is no longer with us. He was a good, loving cat who died too young. He will be missed.

I woke up Saturday morning around 4 a.m., as usual, because Chris was bothering me. I think I managed to get him to stop a couple of times, just long enough for me to go back to sleep before he would start biting my nose again or treading on my neck. I finally dragged myself out of bed a little before 5 a.m.

I didn’t turn the light on because Rose was still sleeping so I walked downstairs in the dark. When I reached the bottom of the stairs and turned the corner I stepped in something wet. I turned the kitchen light on and saw there were two or three small spots of poop on the floor. I thought Chris had a problem with runny poop again and it all didn’t come out in the box.

I cleaned my foot, cleaned the poop off the carpet and then made coffee. While it was brewing, I went into the bathroom to clean the box and noticed several more spots of poop next to the litter box and in front of the bathroom. It was looking like a real problem so I decided to check the rest of the first floor. There were several spots in the living room but under the stairs and behind the television, where the other litter box is, was the biggest problem.

There were several more spots of poop but there was three large areas of vomit. I spent quite awhile cleaning the mess quietly, and while I did that, I saw Tigger climb into the litter box and vomit again. I suspected it was Tigger but I knew for sure then.

When I heard Rose was awake I brought up coffee and noticed more poop in our bedroom. That started a cleaning frenzy that lasted almost four hours. Rose notice vomit on the bed downstairs and washed the comforter, only to have him puke on it again as soon as it was replaced.

She made an appointment at the vet for 11:00 but wouldn’t let me come with her. She suspected Tigger would not be coming back and thought I couldn’t handle it. I knew she was wrong and I insisted that I come with her but she said she wouldn’t go if I went. Eventually I just gave up and let her go. She was right, he did not come back.

Tigger has been somewhat unhealthy for a while. When he was young we had to rush him to the emergency clinic late at night because he was having trouble breathing. It turned out that he had eaten too fast and had a clump of food stuck in his esophagus.  They took x-rays during their diagnostics and noticed, in addition to his current problem, that half of his heart was enlarged.

A couple of years ago he developed a problem with his gums and had a problem eating. The vet said it is something that cats sometimes get and did not have a real solution to the problem except to give him steroids or antibiotics, either treatment was only a temporary fix. He said that removing all his teeth might stop the problem from coming back but he couldn’t guarantee that, so every couple of months the problem would come back and we had to get more antibiotics. We picked up the last prescription last Saturday and had not finished giving it to him yet.

He also seemed more Grumpy lately. I wrote in a recent post how he had been attacking Chris lately, which was not his character. We thought Abbey’s death had affected him, since they were close, but it could have been that he was just not feeling well.

Now it is just Chris and Puck, and Rose does not want to get any more pets because it is too hard to lose them. I totally understand.  We have lost too many pets during the last three years.

In memory of Tigger I have created (on Flickr) a set of photos here. I also created one for Abbey here. 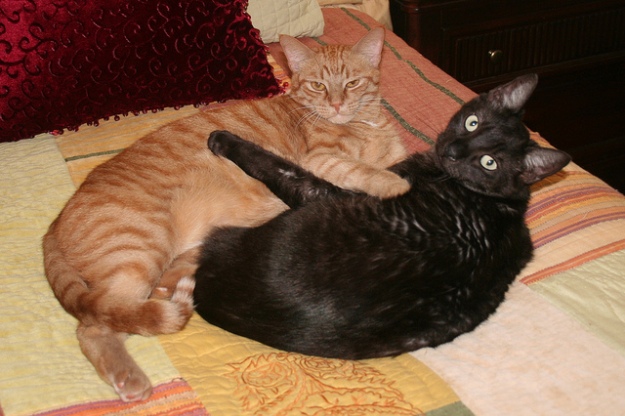 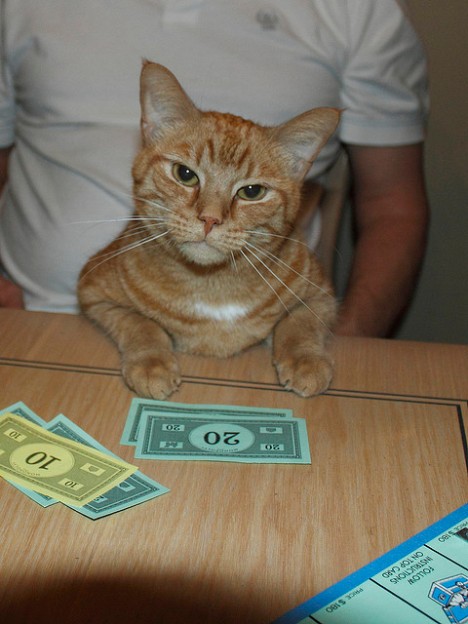