Back in January 2010, while I was still living in Myrtle Beach, I bought a film camera from a coworker who only used it for a college photography class. By that time I had long since given up my film cameras and was on my second digital SLR, which I got for Christmas a few weeks before and which I just replaced for my birthday last month.

Naturally, some of my test subjects were my cats. So sit back and relax while I wind the clock back eight and a half years. 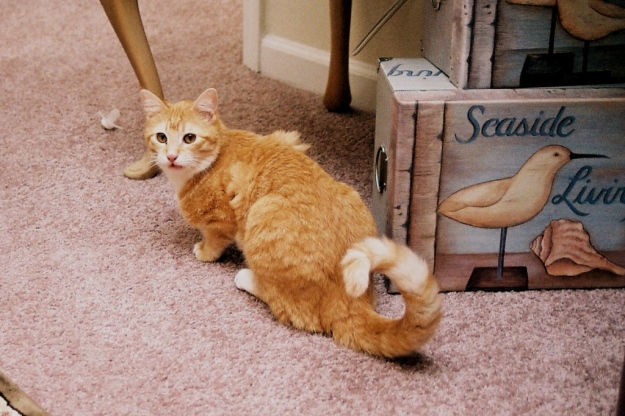