Today I want to do something a little different and post a photo from the past, well before Chris was born. I actually took this picture on my birthday, July 9, 2005.

This was the first picture I could find of our two cats, Abbey and Alex, so I think we had just adopted them. Back then Abbey was called Stirling and Alex was called Sloan. We actually adopted Alex but we couldn’t take him and leave his sister behind so we took her too, which was an excellent decision. While we had Alex out of the cage at the PetSmart shelter, Abbey pooped and left it unburied. It was the stinkiest poop we ever smelled and it seemed to remain that stinky throughout her life. Also, her habit of not burying her stinky poops remained too.

Here is Abbey trying to figure out how to get at the fish while Alex looks on. 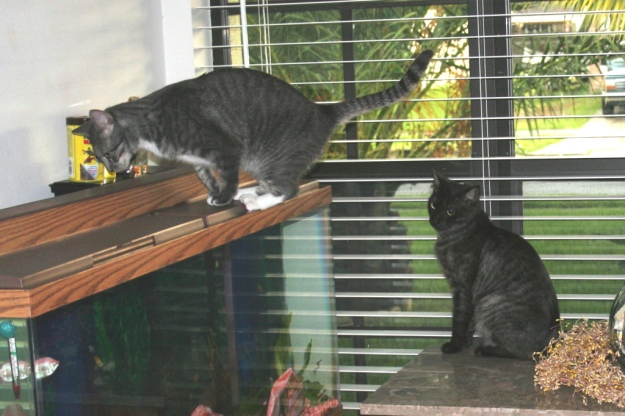