When we went on our cruise at the end of last month we decided to go to Ft. Lauderdale a day early to reduce the chance that car trouble would cause us to miss the ship. We stayed at a hotel called Hyatt Place which was close to the cruise terminal.

About an hour before we planned to go out to eat, I walked down to get something out of the car. On the way I crossed paths with a little gold cat. He was very friendly and freely let me pet him but he seemed to be on a mission. He was looking through the bushes and picking things up to see if they were edible. I felt bad and was sure he was starving but I had nothing to give him. I went into the hotel but the only thing they had at that time was pastries.

While at dinner, I ordered the steak. I thought that was the best thing on the menu for bringing back leftovers. I ate about half of it and cut the other half into small chunks and brought it back with us.

When we arrived back at the hotel we found the gold cat, along with a tabby cat, in the bushes across from the front door of the hotel. They were eating dry cat food from a bowl that someone had tucked away in the bushes. That made me feel better but I still thought they would enjoy the steak better than the dry food so I gave a piece to each of the cats. The gold cat ate his right away but the tabby was timid and delayed long enough for the gold cat to take both pieces. The tabby had backed off so I threw a piece to her and I set the container down on the ground. The gold cat would grab a piece of meat, retreat to the bushes and eat it, then come back for another piece.

Note: Because there is a song playing in the background of the video, YouTube may restrict views in Germany.

The next morning, after breakfast, we went outside to wait for the shuttle to the terminal and the gold cat was out there. The cat just seemed to want attention at that point. We also learned from one of the drivers that the cat is a female named Puma. That surprised me a little because most gold cats are male but obviously not always. It also is another plus for people who believe gold cats are friendlier. I may have to rethink my position on that. 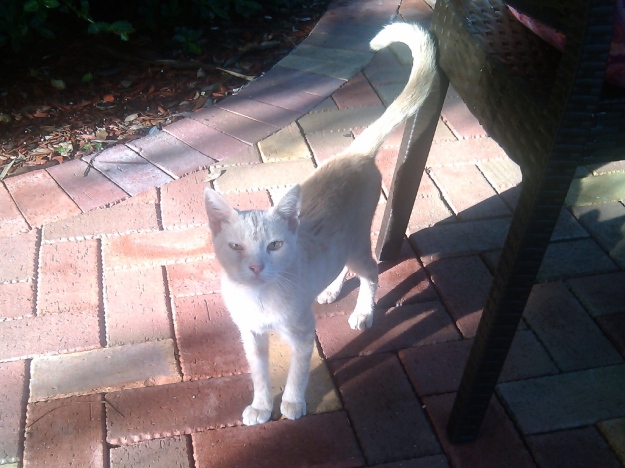 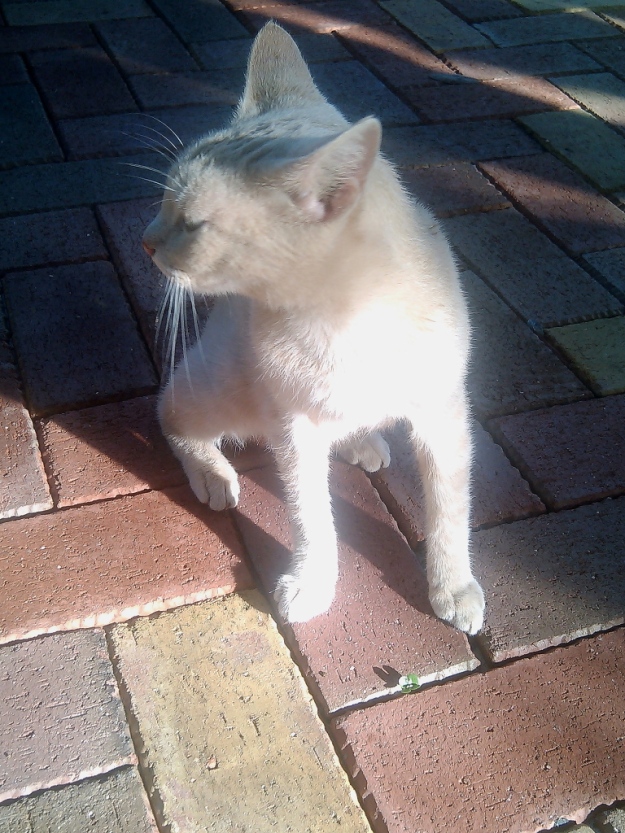 Kudo’s to the Hyatt employees who decided to not turn a blind eye and are taking care of these kitties.

Update 10/26/2017: After rewatching the video, I believe the employees might be wrong about the gold cat being female. Do you agree?

31 thoughts on “Even on Vacation I Find Strays to Feed”